Permatex announced it will continue its perennial sponsorship of the Follow A Dream Race Team as the team’s corporate sponsor for the 2017 NHRA Championship Top Alcohol Funny Car Series. This year marks the 13th consecutive season that Permatex has partnered with Jay Blake and his Follow A Dream Race Team in the NHRA series. As the Follow A Dream team enters the new season on the heels of a 2nd place finish in the Eastern Region in 2016, the team hopes to parley the positive side of ‘lucky 13’ with some solid car preparation and teamwork throughout the 2017 challenge. 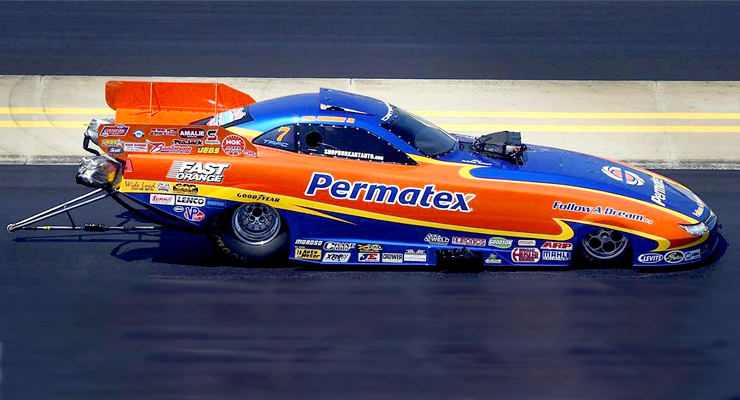 The Permatex Follow A Dream Camaro sports a new paint job and is ready to campaign for the 2017 NHRA Championship Top Alcohol Funny Car Series.

The Permatex Follow A Dream Race Team will compete in the 2017 NHRA series with veteran driver Phil Burkart behind the wheel. Burkart joined the Follow A Dream team as the full time driver in 2016. He will help the team compete in 14 races this year, across the United States.

Veteran, Anthony Terenzio, will also continue as the team’s tuner. Terenzio joined the team in 2016 season after the retirement of long time tuner Tom Howell.